The Wilmot Soldier’s Monument is located in the heart of Wilmot Village on Village Road.  The land for the monument park was purchased from several owners by Luvia M. Carr, Addie R. White, J. H. Greeley, and Benj. Emons at the cost of $210 and deeded by them to the Town of Wilmot in 1919. 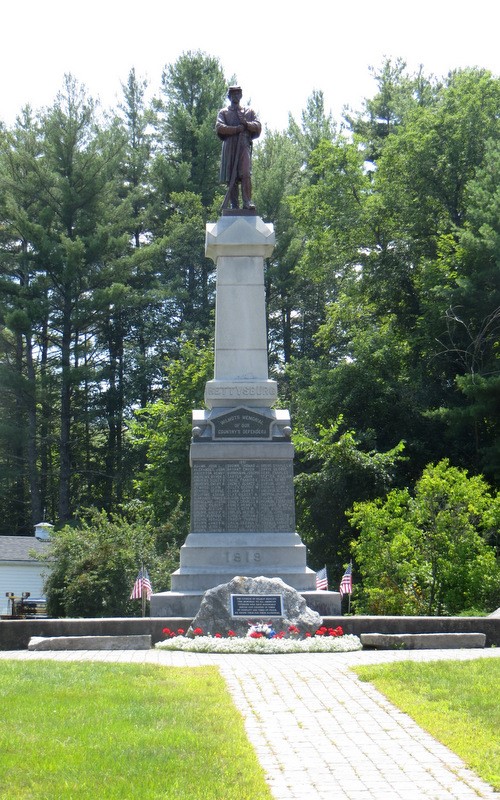 When the monument was erected on the site and then dedicated on May 30, 1920, it bore the names of 214 veterans who served from the Revolution through World War I.  Following World War II, there was no space for more names, so at town meeting in 1948 the town appropriated funds to purchase two granite slabs, which were placed on either side of the walkway leading to the monument.  The names of 45 veterans of World War II were engraved on these slabs.  Further expansions have been made to include the names of those who have served in subsequent conflicts.

Pavers, for placement at the Soldier’s Monument site, are available for purchase and engraving (an order form can be found below).  Please call the contact number for more information.

The 100th birthday party for the Soldier’s Monument has been postponed to May 30, 2021.

We Are Here To Assist You

Board of Selectmen
Cemetery Trustees
Conservation Commission
Planning Board
Zoning Board

Join us for email updates